The Reconfiguration of Authority in Global Climate Governance 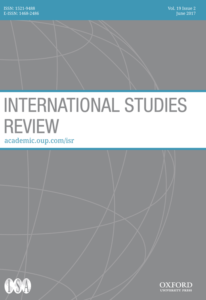 Much of the literature in the field of international relations is currently concerned with the changing patterns of authority in world politics. This is particularly evident in the policy domain of climate change, where a number of authors have observed a relocation of authority in global climate governance. These scholars claim that multilateral treaty making has lost much of its spark, and they emphasize the emergence of transnational governance arrangements, such as city networks, private certification schemes, and business self-regulation. However, the different types of interactions between the various transnational climate initiatives and the intergovernmental level have not been studied in much detail and only recently attracted growing scholarly interest. Therefore, the present article addresses this issue and focuses on the interplay between three different transnational climate governance arrangements and the international climate regime. The analysis in this article underscores that substate and nonstate actors have attained several authoritative functions in global climate policy making. Nevertheless, the three case studies also demonstrate that this development does not imply that we are witnessing a general shift of authority away from the intergovernmental level toward transnational actors. Instead, what can be observed in global climate governance is an ongoing reconfiguration of authority, which apparently reaffirms the centrality of the international climate regime. Thus, this article points to the need for a more nuanced perspective on the changing patterns of authority in global climate governance. In a nutshell, this study shows that the international climate regime is not the only location where the problem of climate change is addressed, while it highlights the persistent authority of state-based forms of regulation.