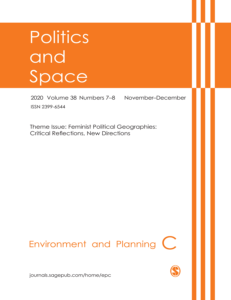 Transnational Municipal Networks (TMNs) are increasing in size, scope and number on the global arena. They reflect a tendency for city governments to coordinate environmental action through networked forms of governance. In this article, we argue that a new generation of TMNs has entered the global scene to help cities steer their efforts to handle environmental issues. In contrast to the characteristics of older TMNs as public, inclusive, and self-governed, new-generation TMNs are influenced by private actors, they are exclusive, and employ enforcement mechanisms to secure the fulfilment of network goals. To underline the diversity of TMNs and thus better understand urban networked governance, we present a case study of the 100 Resilient Cities initiative covering its conduct in 2013–2019. Looking at its actor composition and membership terms, we identify a hybrid nature different from the one described in earlier literature on European TMNs primarily. This subscription to a hybrid form of governance calls for a larger discussion on the implications of this shift in governance type and on the extent to which hybridisation implies a shift of power from the public to the private sphere.