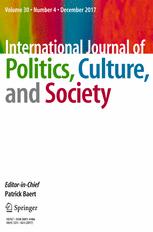 Over the last two decades, scholars have developed an increasingly sophisticated range of approaches to studying the complex relationship between popular culture and politics. This article addresses three major weakness in this expanding body of research: (1) the analytic focus on the pop-cultural artifact itself rather than political actors and scholars doing the causal-political or pedagogical work, (2) a lack of attention to the question whether different culture consumers’ interpretations and experiences of a pop-cultural artifact match those of scholars, and (3) the dearth of empirical studies verifying theoretical claims. I address these weaknesses by introducing the concept of pop-cultural mobilization to capture the active and deliberate appropriation of pop-cultural resources for a specific political purpose by political actors. I support my conceptual argument with empirical data for a case study on the TV show Game of Thrones (GOT): a qualitative content analysis of 55 political commentaries published between 2013 and 2016. The authors of these political commentaries purposefully contributed to a process of meaning-making among the American public by publishing their own interpretations of the TV show, especially what they perceived as strong parallels between the GOT narratives and climate change politics in the real world. The analysis demonstrates the interpretive openness of the pop-cultural artifact GOT, challenging the often-assumed interpretive authority of scholars’ readings of a cultural narrative. There is even the potential for political opponents to make use of the same pop-cultural material to advance different policy agendas.