Global Climate Adaptation Governance: Why is it not Legally Binding? 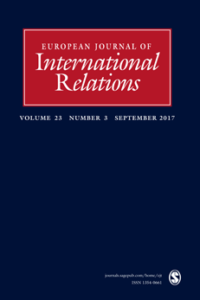 In the last decade, the United Nations Framework Convention on Climate Change has moved from a strong focus on mitigation to increasingly address adaptation. Climate change is no longer simply about reducing emissions, but also about enabling countries to deal with its impacts. Yet, most studies of the climate regime have focused on the evolution of mitigation governance and overlooked the increasing number of adaptation-related decisions and initiatives. In this article, we identify the body of rules and commitments on adaptation and suggest that there are more attempts to govern adaptation than many mitigation-focused accounts of the international climate regime would suggest. We then ask: to what degree are adaptation rules and commitments legalized in the United Nations Framework Convention on Climate Change? We examine the degree of precision and obligation of relevant decisions through an extensive analysis of primary United Nations Framework Convention on Climate Change documents, secondary literature on adaptation initiatives and institutions, interviews with climate change experts and negotiators, and participant observation at climate negotiations. Our analysis finds that adaptation governance is low in precision and obligation. We suggest that this is partly because adaptation is a contested global public good and because ‘package deals’ are made with mitigation commitments. This article makes a vital contribution to the global environmental politics literature given that adaptation governance is under-studied and poorly understood. It also contributes to the legalization literature by highlighting how contested global public goods may be governed globally, but with low obligation and precision.