Beyond accountability: alternative rationales for transparency in global trade politics 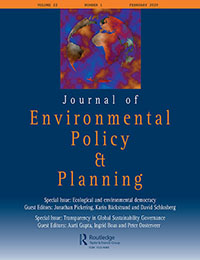 The conventional view of transparency is that it is a critical tool to combat corruption and ensure the democratic accountability of government. This article argues that the negotiation of mega-regional trade agreements (RTAs) and their content indicates the need distinguish different types of transparency. Trade activists that call for drafts of the text of a mega-RTA to be released while negotiations are ongoing are seeking deliberative transparency, which provides opportunities for meaningful public participation and consultation. The trade advisory systems that could provide opportunities for deliberation instead deliver technocratic transparency; the rationale is to increase the effectiveness of mega-RTAs rather than their democratic legitimacy. Frequent leaks of draft chapters of mega-RTAs provide opportunities for deliberation, but some actors involved in leaking are engaged in disruptive transparency where the aim is to complicate trade negotiations, making a final deal less likely. While these varieties of transparency emerge in the context of the negotiating process, disciplinary transparency – which often becomes a regulatory tool for multinational corporations to influence policy-making – is found in the text of mega-RTAs. Certain forms of transparency increase the likelihood that mega-RTAs will be compatible with strong environmental policy, while others may have a detrimental impact.