Research workshop – Ecological democracy: Always greener on the other side? 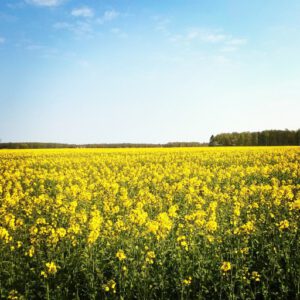 The role of democracy in the face of global environmental threats has been subject to intense scholarly debate over the past four decades. At times, ecological democracy has had a bright future ahead of it. Yet the ideal of ecological democracy continually faces challenges both to its conceptual foundations and to its practical realisation on national and global scales. This workshop will seek to focus on new considerations and directions for ecological democracy, while looking back to examine the impact and viability of its founding texts as well as empirical studies of the relationship between democracy and sustainability. The aim of the workshop is to critically explore the tensions and synergies between democracy and sustainability on local, national and global levels.

Questions of democracy and democratic legitimacy are central to the scholarship and practice of environmental politics and green political theory. Conceptually, ecological or green democracy saw important theoretical advances in the 1980s and 1990s, not least with pioneering work by John Dryzek, Robyn Eckersley, Robert Goodin, Andrew Dobson, and others. In recent years, the literature has arguably seen fewer major developments than related areas of global and deliberative democratic theory, instead entering a period of consolidation and empirical testing of theoretical claims. While this may point to the success of earlier work in clarifying the conceptual foundations of ecological democracy, in another sense it raises the question of whether existing theories remain well-suited to changing contemporary circumstances. Not least, the increasingly widespread notion that humanity has entered the Anthropocene epoch—marked by humanity’s pervasive impact on ecosystems worldwide—poses the question of whether the concept and practice of ecological democracy needs to be recast in light of conditions that may not have been foreshadowed fully in earlier theorizing. This includes thinking of ecological democracy on a planetary scale.

Despite scholarly interest in the emergence of a ‘green’, ’environmental’ or ‘ecological’ state through work by Robyn Eckersley, John Barry, James Meadowcroft and Andreas Duit among others, the feasibility of attaining such a state remains in doubt. Notwithstanding some advances in implementing democratic innovations for environmental protection, prospects for ecological democracy have become mired in broader concerns about whether democratic institutions can be sustained. Even if the spread of social media has opened up new ways for environmental movements to emerge, disenchantment with political institutions is widespread. Well-organised counter-movements—such as climate sceptics aiming to undermine action on climate change—have strengthened the hand of vested interests opposed to stronger regulation.

This workshop aims to reassess the conceptual foundations of ecological democracy in light of recent developments in theoretical and empirical research. We invite papers on the overall themes outlined above, and specifically on the following topics:

In addition to these questions we would welcome critical appraisals of foundational texts on ecological democracy in light of contemporary circumstances as well as empirical studies on the relationship between democracy and environmentalism.

Contributions will be sought from early career and senior researchers in political theory, International Relations, ecology, Science and Technology Studies, comparative environmental politics, political philosophy, legal theory and related fields. We also encourage proposals from women, minority groups and those from the global South. The workshop forms part of the Task Force on the Conceptual Foundations of Earth System Governance, coordinated by the Earth System Governance Project. The format will be a two-day event with around 20 presenters, to be held on 20-21 February 2017 at the University of Sydney (further venue details to be confirmed closer to the time). We envisage that the workshop papers will lead to a journal special issue or edited volume.

To submit a proposal, send a 500-word abstract, a short biographical note, and full contact information by email to Jonathan Pickering (jonathan.pickering@canberra.edu.au) by 30 June 2016. Limited funding for travel may be available, subject to confirmation.

Applicants will be notified by 15 August 2016 whether their proposals have been accepted. Full workshop papers (of around 6,000 words) are due on 31 January 2017. For those interested in contributing to the joint publication, revised papers should be submitted by 31 May 2017.

The International Project Office is hosted by Utrecht University
The research alliance strongly relies on the generous assistance of people like you.
© 2021 | Modern Times Media | privacy notice