In this iteration of the ESG Speaker Series, hosted virtually and on location in the Marinus Ruppertgebouw room Purple at Utrecht University on 23rd June 16:00 – 17:30 (CEST), distinguished Professor Sun-Jin Yun will provide a lecture on the governance of climate change and sustainable development in South Korea. 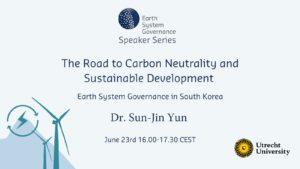 Professor Sun-Jin Yun is a notable scholar that has been part of national and international research projects, and has been involved in several South Korean high-level commissions and councils, including serving as Chairperson of both the Commission on 2050 Carbon Neutrality and the Sustainable Development Committee. The lecture will introduce how Sustainable Development and climate change have been approached in governance, law and politics, before looking at future challenges and issues.

Following the remarks of Prof. Yun, there will be a reflection on the session by Dr. Annisa Triyanti, a postdoctoral researcher at the Copernicus Institute of Sustainable Development, that will act as a discussant and an open audience Q&A. For on-site attendees, we offer drinks and finger food afterward until 18:00.

We warmly invite the Earth System Governance Network, as well as students and staff at Utrecht University to attend. Registration to the event is free of charge, but registration is required. 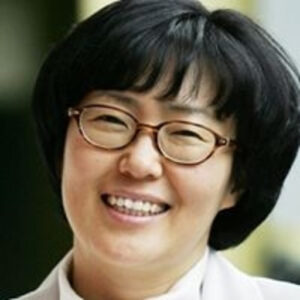